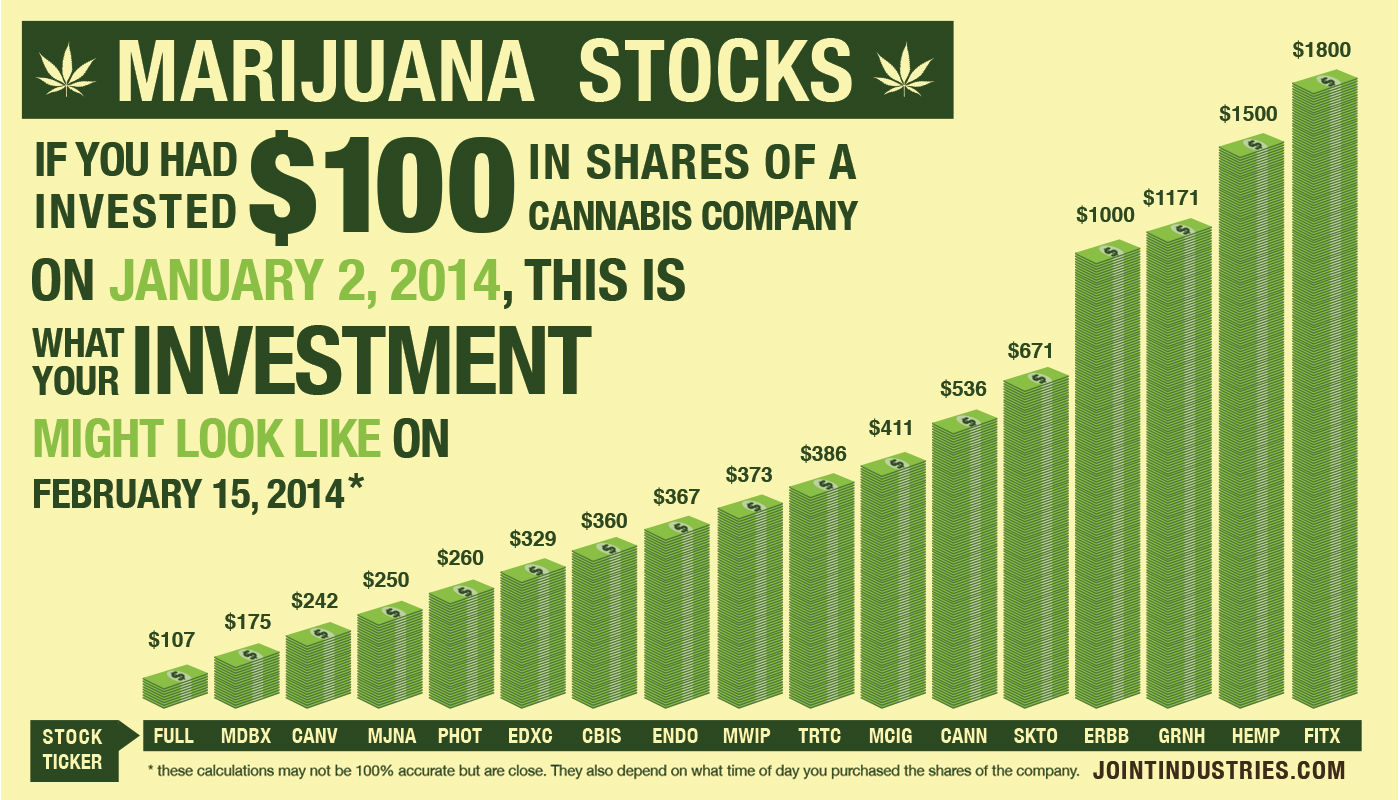 Let’s face it: someone is gonna hit it big in the legalized marijuana business. The question is who, when, and will you be along for the ride. We here at Higher Ground in no way suggest you put your hard-earned money into Marijuana stocks. (In fact, the Stock Market in general seems quite the crap-shoot). But that doesn’t mean we’re not paying attention…. 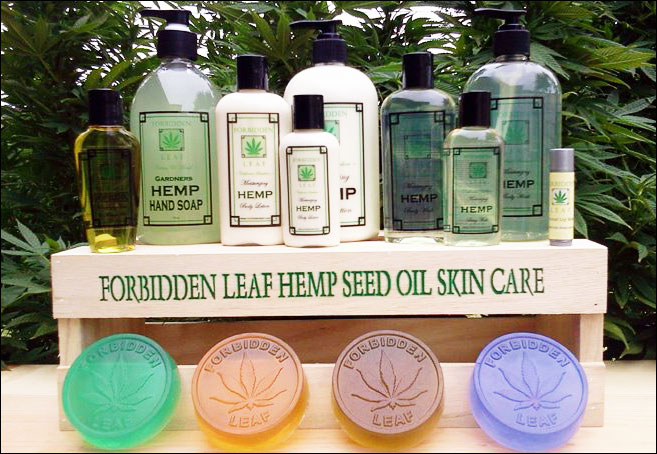 BEST MARIJUANA IN THE WORLD – Really.

At Higher Ground, we don’t endorse individual products, seeds or strains of ganja. But that doesn’t mean we’re not paying attention. Here, High Times lets you know the best dank in their Hall of Fame.

BEST VAPORIZORS ON THE MARKET

We don’t endorse individual products at Higher Ground, but our friends at Mashable do – and they’ve chosen some choice vaporizers for your perusal.

From a distance, the VapeXhale could pass for an offbeat glass vase or decorative knickknack, a conversation piece. On closer inspection, it warrants even more curiosity. The cylindrical base has a single dial and an on-off switch, like the base of a slim blender. But this $450 device is designed specifically for the consumption of marijuana.

As acceptance for marijuana grows, so too do the consumption options available. The cannabis industry is becoming a consumer market like any other, and the de rigeur accessory of the moment is a vaporizer. In a vaporizer, as in an e-cigarette, a battery-powered or electric atomizer heats loose cannabis leaves, or cannabis wax or oil, until the THC becomes a gaseous vapor that can be safely inhaled.

SEE ALSO: Pimp My Vape: The Rise of E-Cigarette Hackers

According to Cy Scott, cofounder of Leafly, the Yelp of the cannabis industry, 33% of Leafly’s reviewers now vaporize their cannabis rather than smoke it.

The vaporizer boom fits with other recent health crazes: Zumba, juice cleanses, barre workouts, the Paleo diet — and, most notably, e-cigarettes, which are billed as a less risky nicotine fix. The trend has taken off among young New York and Silicon Valley elites, the types of people for whom “DJ and antique furniture restorer” is a reasonable job title, for whom purchasing a $250 or $400 vaporizer is not unlike an extra $10 per month for Spotify Premium. Some consumers want a different experience, and they’re willing to pay for it.

In the name of health, it might not be a terrible idea.

In recent years, the pendulum of public opinion has swung on legalization. A 2013 Gallup poll revealed 58% of Americans are in favor of legalizing marijuana, in contrast with 12% in 1969. A California town recently elected the country’s first cannabis industry mayor. With medical marijuana legal in 20 states and recreational marijuana legal in Colorado (and soon, Washington), pot smokers are becoming a much more visible demographic, and they’re challenging stoner stereotypes while they’re at it.

“Now we’re seeing soccer moms and dads and professionals,” says Todd Mitchem, chief revenue officer at OpenVape, a $50 vape pen that retails in Colorado, Washington and California. “They’re probably people who were hiding the fact that they liked cannabis, but now they can go in and boldly buy it.”

People once timid of the weed limelight are now venturing out to become some of the industry’s strongest consumers. And they’re demanding they consume their marijuana as healthily as possible, via vaporizer.

Still, there are concerns. Like health food advocates who source their groceries from trusted, local farms, today’s vape users research their purchases closely. Because the industry is still unregulated, inexpensive products can be shoddily made and pose major health risks. Although official studies have not been released, anecdotal reports suggest the vapor can be contaminated by metals or plastics.

A 2007 study published in the journal Clinical Pharmacology & Therapeutics found that vaporizing cannabis is a safer and more effective means of THC delivery than the traditional joint or bong, which it delicately called “a combustion product.”

Savvy vaporizer brands boast their wellness pedigrees, carefully. Although the companies are prohibited from making outright public health claims about their products, most emphasize the tremendous research and development efforts that go into their production processes. The hope is to assuage consumers’ fears that their healthy vapor will, in fact, be laced with contaminates. VapeXhale, for example, uses an all-glass air pass, as glass does not corrode or contaminate like many plastics. OpenVape says its U.S.-based testing team vets their plastics and cannabis oil cartridges.

Like juice cleanses, health goes hand in hand with style, which is why the posh stoners of the world have adopted vaping as their own. The popular, pioneering Volcano vaporizer, developed roughly 10 years ago, looks like something a 16-year-old might have concocted out of papier mache and plastic wrap — effective, but not especially classy. “These things typically look like high school experiments gone bad,” says Seibo Shen, VapeXhale’s founder.

In the past year, a handful of attractive, high-profile luxury vaporizer brands hit the market, some even boasting Silicon Valley pedigrees. The Firefly, a portable loose-leaf vaporizer billed exclusively as a tobacco product, was created by a former Apple developer.

The tech world is just beginning to sink its teeth into the vaporizer market, and many vaping entrepreneurs borrow from Silicon Valley language to “disrupt” the tobacco or vaporizer industry. It’s very likely that as the market expands, innovators will continue to flood the marketplace with splashy new designs that are “good for your health.”

“If every model on the market is a Yugo, all you need to do is produce a Honda Civic to have the best one,” says Shen. “We have the Honda Civic, but we still feel we can make Lamborghinis and Ferraris.”

Soon enough, it seems your vaporizer will say much about you as your choice of pocket square for a Brooklyn whiskey swap.

Thanks to reporter Rebecca Hiscott and the staff at Mashable for this report. 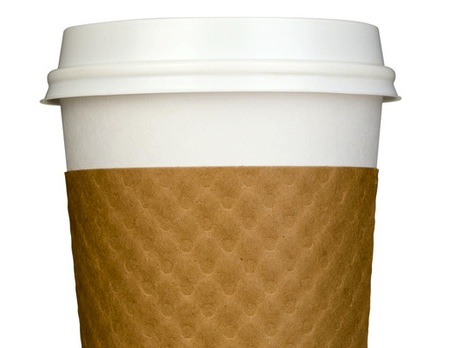 GOOD LORD, AS IF CAFFEINE ISN’T ENOUGH OF A BUZZ

Courtesy of the USA Today

This cup of joe promises to give you a different sort of morning jolt.

A company in Washington state will introduce marijuana coffee this summer.

Mirth founder Adam Stites said he has been developing the marijuana coffee concept for about a year, working at first on recipes in his kitchen.

The product for sale will give the drinker “more of a head high, more energizing,” Stites said.

Mirth also will sell sparkling sodas that contain THC, with flavors such as lemon ginger and pomegranate. The drinks will cost about $9-$11, Stites said.

Washington residents will have to wait to buy the drinks until the first marijuana retail stores open, as soon as early July. Only Washington and Colorado have legalized recreational marijuana.

Stites said he decided to “err on the side of being conservative” with the THC dosage.

“We recommend people drink half the bottle, wait an hour to see how they feel, and then continue drinking the rest,” he said.